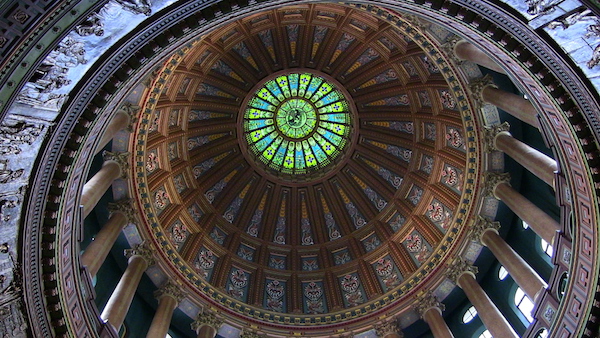 Illinois lawmakers returned to Springfield for a lame-duck session driven by a Black Caucus agenda focusing on social and economic justice efforts intended to root out systemic racism following a summer of nationwide unrest after the unjust deaths of Black individuals at the hands of police.

The specter of Illinois House Speaker Michael Madigan’s losing quest to win another term as speaker only added to the drama of the intense, five-and-a-half-day session, culminating in Rep. Emanuel “Chris” Welch, D-Westchester, winning the top House post as the first Black individual to assume the powerful role.

Madigan served in the top job for 36 of the past 38 years, setting a national record. However, over the summer, revelations that a close aide had arranged jobs for Madigan allies with powerful utility Commonwealth Edison resulted in federal bribery charges against the aide and utility officials. Madigan has not been charged with any wrongdoing, but the scandal cast a shadow  over his House and state Democratic Party leadership abilities.

In a speech following his election to the speaker role after inauguration of the 102nd General Assembly, Welch stressed unity among the 118-member body containing a super-majority of 73 Democrats.

“Today will be the last time I talk about us as Democrats or Republicans because I want to talk about us being united,” Welch said. “We’re going to work together to move this state forward.”

House Bill 3653 contains long-sought criminal justice reforms, such as ending cash bail beginning Jan. 1, 2023. Bail will be replaced by a system of pretrial release measures to be developed by the Illinois courts based on detainees’ alleged crimes, their risk of not appearing for their court date, and the threat or danger they may pose to the community if released.

The bill sponsored by state Sen. Elgie Sims, Jr., D-Chicago, and Rep. Justin Slaughter, D-Chicago, also requires the use of body cameras by all law enforcement agencies, giving a 2022 deadline for larger agencies and 2025 for smaller departments.

The measure also calls on the General Assembly to create statewide use-of-force standards by 2022 while making changes to what are acceptable and unacceptable uses of force. In general, use of force is permissible only when an officer has determined it is necessary to defend either themselves or others from bodily harm when making an arrest.

The legislation also establishes a certification system for police officers backed by Illinois Attorney General Kwame Raoul that gives the state more power over who can be a member of law enforcement and makes it easier to decertify and terminate officers accused of misconduct. The new system also calls for three databases detailing the certification status of police officers, one of which will be available only to law enforcement and government agencies. However, the bill also prohibits using the officer decertification process in union contract negotiations.

Individuals taken into custody by the police will have expanded rights by being given three phone calls within three hours of being initially detained and access to their contact list on their cell phone.

The legislation strips out earlier provisions that would have eliminated qualified immunity – a current protection for police officers in lawsuits alleging civil rights violations. Law enforcement groups and police unions vigorously protested the possible elimination of this protection.

House Bill 2170 aims to tackle racial inequality in both K-12 and higher education. It initially contained a provision expanding the Invest In Kids Act by repealing the sunset date, thereby making the program permanent; increasing from 75% to 100% the income tax credit received by a donor contributing to a scholarship-granting organization; increasing the annual cap of the entire program from $75 million to $100 million; creating labor apprenticeships to technical academies for low-income minority students, not to exceed 15% of the entire scholarship total; and establishing an annual 20% “escalator” in the cap only if the current cap is reached in two of the previous three years.

However, any expansion efforts of the Invest In Kids Act were scuttled in the early days of the session.

The legislation charges a state education commission with making recommendations on how to address the needs of students who have fallen behind as a result of not being in the classroom during the pandemic. It also creates an Inclusive American History Commission to expand Black history curriculum and teachings on other minority groups.

The bill calls for high schools to provide the necessary courses for students to get into any of the state’s public institutions. If a high school does not offer the course, it must find an alternative. That could include partnering with another school district or offering an online course.

Similarly, the bill also calls for equitable access to advanced courses. The bill requires that students should be automatically enrolled in the next level advanced course if they meet or exceed standards of a given subject. The bill also adds a requirement that high school graduates complete at least two years of a foreign language, two years of lab sciences and a computer science course.

However, the sharpest disagreement concerned changes to the AIM HIGH grant program in higher education, which is currently funded equally between the state and state universities.

The intent of that provision was to lower the cost to schools with smaller endowment funds such as Chicago State University, which last year returned $800,000 of the $1 million in state funds it was allotted, saying it could not afford to pay for its share of the match.

Senate Bill 1608 includes diversity requirements within state procurement policies and the creation of a Commission on Equity & Inclusion, among other provisions.

Senate Bill 1480 includes provisions under the Illinois Human Rights Act stipulating how conviction records can – and cannot – be considered in employment.

Senate Bill 1980 includes provisions addressing how criminal history records can ­– and cannot – be considered with regard to public housing.

Senate Bill 558, sponsored by state Rep. Camille Lily, D-Oak Park, and Sen. Linda Holmes. D-Aurora, sought to place a three-year moratorium on hospital closures. It also addressed the use of managed care in Medicaid, the use of community health workers, trauma counseling for children, and dementia training within Adult Protective Services, among a number of other provisions.

The legislation passed the House but was not called for debate in the Senate before the 101st General Assembly concluded.

A similar omnibus bill, House Bill 3840, passed the Senate but failed to be considered by the House.

Although primarily focused on the Black Caucus agenda, the lame-duck session did deal with a few other issues.

The legislature failed to act on Senate Bill 1199, which was pushed by Gov. J.B. Pritzker and would have “decoupled” Illinois’ tax law from federal tax amendments under the CARES Act, including those that expanded income deductions business owners can claim as net operating losses, carryback losses or excess business losses. Pritzker has argued the change is needed to prevent revenues from shrinking by more than $500 million during the current fiscal year, thereby increasing the state’s $3.9 billion budget deficit.

The new General Assembly is expected to take action on this issue.

House Bill 3994 would have made permanent some of the vote-by-mail provisions approved in May and implemented in response to the pandemic for the November 2020  general election. The legislation would have allowed the use of drop-box sites to collect ballots without postage and curbside voting during early voting or on Election Day.

It also would have required the Illinois State Board of Elections to provide guidance, rather than rules, for securing collection sites. The bill passed the Senate but was not taken up by the House.

House Bill 122 sought to rectify the lack of minority-owned marijuana dispensaries by calling for an additional 75 licenses, but the legislation was not called for a vote by the House after passing the Senate.

However, Senate Bill 54, which allows for retailers to home deliver liquor purchases, passed both the House and Senate. The bill puts liquor retailers on more even footing with grocery stores during the pandemic, which has seen a boon in online purchases for home delivery.