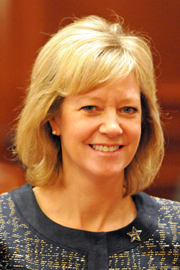 State Rep. Jeanne Ives, R-Wheaton, joins Bob to talk about House Resolution 671, which urges state officials to investigate Planned Parenthood in light of the undercover videos showing the organization's executives discussing the harvesting of fetal body parts for apparent sale. Fr. John Belmonte, S.J., superintendent of schools for the diocese of Joliet, talks about his tuition transfer grant program, as well as his side gig with the Chicago Cubs. Sue Barrett of Aid for Women discusses the opening of Monica's House for mothers and their children, and the dedication of a chapel in the name of the late Cardinal George. Finally, Catholic New World Editor Joyce Duriga talks about Pope Francis's upcoming visit to the United States and the World Meeting on Families.