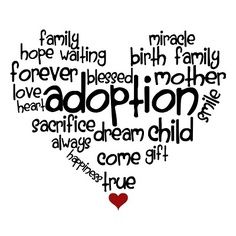 October is Respect Life month, so Bob kicks off the show by talking about the current status of adoption in the United States with Elizabeth Kirk, a resident fellow in cultural and legal studies at the Stein Center for Social Research at Ave Maria University. As a lawyer and an adoptive parent with her husband, Kirk brings a unique perspective to this topic. Bob is then joined by Tony Paulauski, executive director of the Arc of Illinois, who talks about the concerns of the disabled community regarding physician-assisted suicide. Since California Gov. Jerry Brown two weeks ago signed legislation allowing doctors to prescribe lethal doses of drugs to terminally ill patients, the issue is on everyone’s radar. Pat Winn, director of Catholic Charities of the Diocese of Rockford, joins Bob to talk about the five Syrian families who have recently arrived in the diocese as part of its Refugee Resettlement program. Then, Dawn Fitzpatrick of the Archdiocese of Chicago's Respect Life Office, joins Bob to plug the Chastity Education Initiative dinner on Nov. 5.