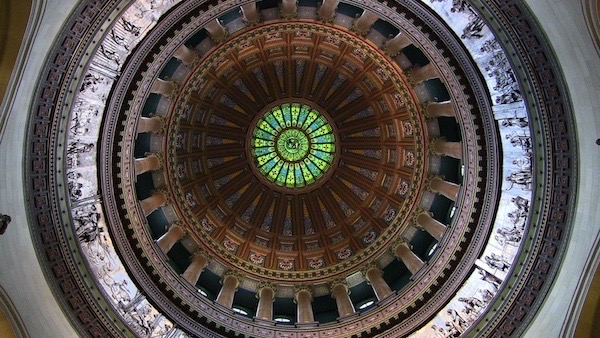 He was joined by Marybeth Miller, a neonatal intensive care unit (NICU) nurse with HSHS St. John’s Hospital in Springfield; Dr. Jillian Stalling, an obstetrician/gynecologist with OSFHealthCare in Peoria; and Joy Newburn, a community outreach specialist at Catholic Charities of the Diocese of Joliet.

Cardinal Cupich noted the so-called Reproductive Health Act embodied in HB 2495/SB 1942 goes further than the landmark U.S. Supreme Court case of Roe v. Wade in stripping rights from the unborn child in stating that “a fertilized egg, embryo, or fetus does not have any rights under the laws of this State.”

“The state and its leaders have not only a responsibility but also a vested interest in defending the sacredness and value of every human life,” the Cardinal said. “Wherever we turn today, we encounter mounting efforts to treat the lives of men, women and children as mere means to larger and allegedly more important goals.”

Miller noted the advancements in medicine and technology during her more than 30 years as a NICU nurse have led to infants as young as 22 weeks and six days surviving to leave St. John’s with their parents.

“The infants that I get to care for every day are tiny human beings,” Miller said. “They look at you; they pull back their heels, grimace or cry when they react to pain; and they calm when you hold them and they hear their mother’s voice.”

Stalling criticized the legislation’s repeal of the Illinois Abortion Performance Refusal Act, which allows doctors, other medical personnel and hospitals to refuse to participate in an abortion without fear of legal action.

“I love taking care of women and delivering babies,” Stalling said. “If this legislation passes, I am not going to leave the medical profession and abandon women who need good health care. But I will refuse to participate in an abortion.”

“Our mission is simple: We are here to help when life gets hard and throws you difficult choices like an unexpected pregnancy,” she said. “If we can’t help you, we know someone who can.”

Their full comments may be found below: