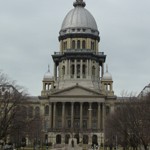 Medicaid reform cuts of at least $1.4 billion went down as the primary accomplishment of the 2012 legislative session, while lawmakers put off any type of substantial pension reform that would whittle away at the state’s $83 billion unfunded liability.

“Optional” services such as dental care and the Illinois Cares Rx prescription drug program for senior citizens were cut, and most hospitals and nursing homes will see decreased Medicaid reimbursement rates. However, safety-net hospitals — which serve a significant proportion of low-income or uninsured residents — were spared the budget knife.

A $1-a-pack increase in the cigarette tax is expected to garner the state $700 million for its Medicaid program. As CCI’s Marilou Gervacio notes in her 2012 legislative report, the same legislation authorizing the cigarette tax increase also establishes parameters for hospitals’ charity care programs. Hospitals must provide a certain amount of charity care to maintain their tax-exempt status.

Although Gov. Pat Quinn had called for the closure of state facilities for the mentally ill and developmentally disabled, lawmakers appropriated funds to the institutions in the fiscal year 2013 budget.

Lawmakers spared state prisons and youth centers slated for closure, but agreed to downgrade Tamms Correctional Center from a supermax facility to a medium-security facility.

An effort to derail the construction of a privately operated immigrant detention center in Crete was derailed by a close yet defeating House vote, after passing the Senate. The measure could come up again in the November veto session.

Both K-12 and higher education took a hit in next year’s budget, as general state aid, early childhood education, universities and the Monetary Assistance Program (MAP) for college students all were cut, as outlined by CCI’s Zach Wichmann in his education report.

The state’s dire financial straits curtailed any effort to garner funding for the Textbook Block Grant and the individual/corporate tax credit scholarship — both initiatives of CCI.

Wichmann notes in his Catholics for Life report that CCI won a battle when the Ultrasound Opportunity Act passed out of a House committee and when Rep. Joe Lyons, D-Chicago, fought off five hostile amendments intended to sink the bill. However, Lyons did not call the bill for a vote since he was short the 60 votes needed for passage.

Lawmakers failed to act on legislation setting up the state health insurance exchange as required by the federal health care reform law. CCI was set to oppose the measure if it included taxpayer-supported health insurance plans covering abortion.

The legislature also did not take up an initiative legalizing same-sex marriage, but Wichmann notes in his marriage and family report that a lame-duck General Assembly could attempt to pass the measure after the Nov. 6 election.

CCI has drafted and supports state constitutional amendments in both the House and Senate defining marriage as between one man and one woman. However, a constitutional amendment requires a three-fifths vote for passage and placement on the ballot for voters’ consideration. The measure passes only if approved by three-fifths of those voting on the question or a majority of those voting in the election.

The legislature will reconvene on Nov. 27 for its fall veto session.