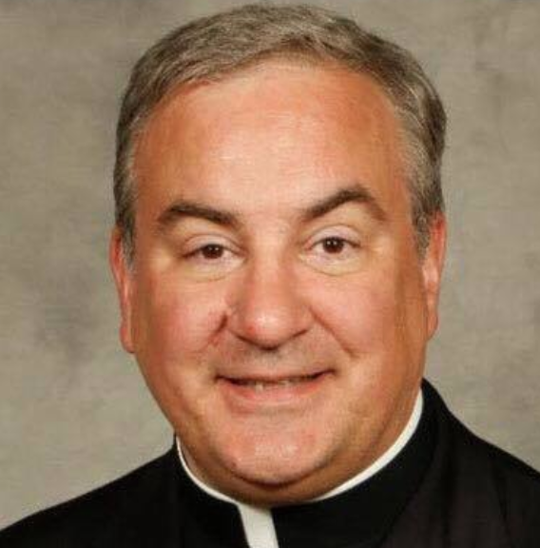 The following information is compiled from press releases issued from the Diocese of Belleville and the Archdiocese of Chicago.

Bishop Braxton of Belleville, who submitted his letter of resignation on his 75th birthday of June 28, 2019, welcomed his successor in a video message.

“Since I am formerly from the Archdiocese of Chicago, I already know Bishop-Elect McGovern and I am appreciative of the contributions he has made to the Church in his various pastoral responsibilities,” Bishop Braxton said. “He is also known to some of our Belleville priests from their days of studying together at St. Mary of the Lake Seminary. I am confident that they, with the entire college of priests, will welcome and support him, praying that God, who begins this new work in him, will bring it to completion.”

Cardinal Cupich of the Archdiocese of Chicago added his good wishes.

“We congratulate Bishop-elect Michael McGovern on his appointment to the diocese of Belleville,” said Cardinal Cupich. “He has served the People of God and the Church with humility and distinction for more than 27 years. We are confident he will be a strong and compassionate leader for the Belleville diocese, and we look forward to working with him.”

Bishop-elect McGovern described himself as a pastor in an introductory video message to the Catholics of the Belleville diocese.

Bishop-elect McGovern, a native of Evergreen Park, Ill. attended Christ the King Grammar School and St. Ignatius College Prep, both in Chicago. He graduated from Loyola University Chicago in 1986, and from St. Mary of the Lake Seminary in Mundelein, Ill., earning an S.T.B in 1993 and an M.Div. in 1994. He was ordained to the priesthood on May 21, 1994 at Holy Name Cathedral in Chicago.

Bishop-elect McGovern has had several parish assignments in the Archdiocese of Chicago including as Resident at Immaculate Conception Parish, Highland Park and St. Clement Parish and Holy Name Cathedral, both in Chicago. He was Associate Pastor at St. Juliana Parish and Queen of the Universe Parish, both in Chicago and at St. Mary Parish, Lake Forest. He served as Pastor at St. Mary Parish, Lake Forest and St. Raphael the Archangel Parish, Old Mill Creek.

Bishop-elect McGovern has served the archdiocese as Secretary of the Archdiocesan Incardination Committee, Associate and Vice Chancellor, Archbishop’s Delegate for Lay Ecclesial Movements, Archbishop’s Delegate for Extern and International Priests and as the Co-Chair of the Chicago Priest Convocation. He has been a member of the Archdiocese Presbyteral Council, a Dean in two Vicariate I Deaneries and a member of the College of Consultors. He served on the Pastor Advisory Committee for the To Teach Who Christ Is Campaign and as a member of the Priest Placement Board. He has served as the Interim Episcopal Vicar for Vicariate I since the 2019 appointment of then-Auxiliary Bishop Alberto Rojas as Bishop of the Diocese of San Bernardino, California.