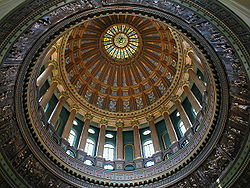 Invest in Kids Act: In the Budget Implementation Act (BIMP), we were successful in fighting off the Governor’s proposed cuts and in achieving a one-year extension of the program. The Invest in Kids Tax Credit is now scheduled to expire on January 1, 2024. This change not only extends the program but avoids requiring an extension of the program in an election year. These significant wins were achieved by the grassroots activities and engagement of the leadership of the Catholic Conference of Illinois (CCI), Agudath Israel, Big Shoulders and Empower Illinois. Unfortunately, we did not succeed in adding the federal tax deduction nor the super-priority for current scholarship students.

The BIMP also included statutory authority to open trade schools and allow working class families to access Invest in Kids scholarships for enrollment. However, some other changes to the program, which may be necessary to make the trade schools viable, were not included. We are not yet sure on the path forward here, but getting the trade schools up and running would be extremely helpful.

House Bill 1797 (Moeller, D- Elgin) & Senate Bill 2190 (Sims, D- Chicago): This legislation sought to repeal Illinois’ Parental Notice of Abortion Act. This Act, which has been in statute since 1995 and enforced since 2013, requires a parent or legal guardian be notified when a minor seeks an abortion. The law includes a sexual abuse waiver and a judicial waiver for those children who have been sexually, physically or emotionally abused.

In response to these bills, the Catholic Conference of Illinois (CCI) engaged in a comprehensive grassroots and face-to-face lobbying campaign. CCI also provided administrative support to a group, known as Parents for the Protection of Girls, formed to fight the repeal of the Parental Notice of Abortion Act.

All of these efforts led to the General Assembly not taking up legislation repealing the Parental Notice of Abortion Act. This is a significant victory, but unfortunately the fight is not over and the General Assembly could take this up over the summer, in the fall Veto session or next spring.

House Bill 2789 (Belt, D- East St. Louis): This legislation, which went through many amendments, ultimately sought to set up a new complaint process and enforcement mechanism to ensure public and nonpublic schools complied with public health measures during a declared public health emergency. The issue with the bill was that the complaint process did not include local public health authorities and the enforcement mechanisms did not offer adequate due process. Nonpublic schools, including our own, came out strongly against the bill. CCI testified against it in Senate Committee, and although the bill passed committee, we raised enough alarm that the Senate did not vote on the bill before adjournment.

House Bill 2597 (Cassidy, D- Chicago): This legislation sought to require Invest in Kids qualified schools comply with a whole host of government mandates, including but not limited to: all provisions of federal and State laws and rules applicable to public schools pertaining to special education and the instruction of English learners, certain provisions of the School Code concerning charter schools, certain provisions of the Illinois Human Rights Act, and other specific provisions of the School Code. There was a subject matter hearing on this bill in the House Revenue Committee, which went favorably for us with many legislators expressing their support, and the bill never moved forward any further.

Senate Bill 818 (Villanueva, D- Summit): This legislation sought to expand sex education in Illinois, and it proposed to amend a section of the school code known as Comprehensive Health Education Program. This part of the school code applies to all Illinois schools, public and nonpublic. We testified against the bill in the Senate Executive Committee, and afterward the provisions affecting nonpublic schools were stripped out. The bill ultimately passed and will unreasonably expand how sex education is taught in public schools, but there is nothing in the legislation that affects our schools.

House Bill 135 (Mussman, D- Schaumburg): This legislation sought to require the Illinois Department of Public Health to establish a standing order for all pharmacists to be able to issue a prescription for a hormonal contraceptive. The legislation also requires state-regulated health insurance to provide coverage for patient care services provided by a pharmacist. CCI opposed this legislation. As the bill moved through the process, it was amended to make clear that no pharmacist was required to dispense hormonal contraceptives under the standing order. The bill then passed the House and Senate, and the Governor will sign it into law.

Senate Bill 817 (Simmons, D- Chicago): This legislation sought to prohibit public schools and state registered or recognized nonpublic schools from banning hairstyles historically associated with race, ethnicity, or hair texture. CCI did not oppose this legislation due to the sponsor’s intent, and the belief that our schools can implement this without significantly altering existing dress codes. The bill passed and the Governor has indicated that he will sign it into law.

Predatory Loan Prevention Act (PLPA): The PLPA, supported by CCI, passed during the lame duck session earlier this year and has been signed into law by the Governor. This spring, there were efforts to change the way the interest rate and fees on predatory loans would be calculated to circumvent the 36 percent rate cap, but those bills did not move forward. In addition, there was a last-minute attempt to exempt pawnbrokers from the PLPA, but that also did not move forward. Therefore, the law remains as is.

Our Catholic Charities agencies provide some financial and other crisis assistance as alternatives to predatory loans. More information can be found here.

Clean Energy Legislation: Negotiations took place among various interest groups and the Governor’s Office on comprehensive clean energy legislation. It appears that most issues, including ways to increase renewable energy, the development of clean energy jobs, and subsidies for nuclear power plants, have been agreed to. However, there are still a few issues that are not yet settled, so legislation did not pass during the regular spring session.

Discussions continue, and once the final issues are settled, we expect the General Assembly will reconvene this summer (this could be in a week or so) to vote on the legislation. CCI has not taken a position on any particular proposals, but we did share with legislators the statement from the Illinois bishops on clean energy that we released last fall.

Senate Bill 64 (Peters, D- Chicago): This bill passed both the House and Senate. Under this legislation, restorative justice practices, like peace circles, will have a limited privilege in any future court proceedings. This bill will help increase use of restorative justice practices as alternatives, when appropriate, to the criminal justice system. CCI supported this bill.

House Bill 3235 (Lilly, D- Oak Park): This bill calls on the Illinois Department of Corrections (IDOC) to provide reentry information to persons committed to the custody of IDOC 45 days prior to their scheduled discharge. Such information includes information on obtaining a state ID, voter registration, job listings, housing information, information on State officials and other officials of the county or municipality to which the person intends to reside, and any other information that IDOC may deem necessary for incarcerated persons to reenter their communities and avoid recidivism. The bill has passed both chambers; CCI supported this legislation.

House Bill 3463 (Lilly, D- Oak Park): This bill calls on IDOC to provide information about the availability of referral services to any other State or local agencies to persons prior to their release from IDOC. The bill passed both House and Senate; CCI supported this legislation.

Senate Bill 1976 (Fine, D- Glenview): This bill requires IDOC to appoint a point of contact person to receive suggestions, complaints, and other requests from visitors to state correctional facilities and other members of the public. The bill passed both chambers; CCI supported this legislation.

House Bill 25 (Gong- Gershowitz, D- Glenview): This legislation creates a state task force to look at how to implement universal legal representation for persons in immigration removal proceedings. The task force is to submit a report of its findings and recommendations by July 1, 2022. At the time of this writing, the bill is still awaiting concurrence in the House. CCI supports this legislation.

House Bill 369 (Gong- Gershowitz, D- Glenview): This bill provides for the court procedures and findings needed for immigrants who are 18 and older, but before reaching age 21, to apply for special immigrant juvenile status, which is an immigration status provided under the federal law. It passed both chambers; CCI supported this bill.

House Bill 709 (Gong- Gershowitz, D- Glenview): This bill requires the Illinois Department of Human Services to conduct a public information campaign to educate immigrants, refugees, asylum seekers, and other noncitizens of their rights rights under the U.S. Constitution and Illinois laws, which apply regardless of the immigration status. This bill passed both chambers; CCI supported this legislation.

House Bill 2790 (Gong-Gershowitz, D – Glenview): This legislation puts under state law the current efforts within the Cook County Public Defender’s Office for an Immigration Unit, which provides legal representation from attorneys well-versed in immigration law for noncitizens involved in immigration cases before the Immigration Court in Chicago. The bill passed both chambers; CCI supported this legislation.

House Bill 32 (Meyers-Martin, D- Matteson): This bill provides that recipients of home delivered meals will receive, on an annual basis, informational sheets on various health conditions, elder abuse, and programs for persons 60 years of age and older. The bill passed the House and Senate; CCI supported this bill.