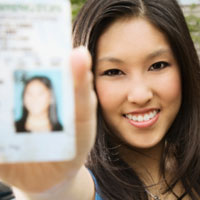 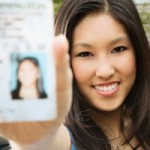 The legislation has an effective date of 10 months after it is signed, meaning TVDLs will start being issued to the undocumented around Nov. 28, 2013.

TVDLs are currently available to immigrants with legal status who lack a Social Security Number. They are similar in appearance to regular Illinois driver's licenses, but have a purple color scheme instead of red, and are clearly marked "Not valid for Identification."

They can only be used for driving, and not for identification — such as for voting, boarding an airplane or buying a firearm. They are good for only three years.

Estimates place the number of undocumented drivers in Illinois at 250,000. The bishops of Illinois supported SB 957 as a way of keeping immigrant families together. Many families are torn apart when unlicensed, undocumented drivers are stopped for a minor traffic violation. With no driver's license to show police, they are often sent to deportation centers.

“Too many of our immigrant families have been torn apart by the simple act of driving,” said Catholic Conference of Illinois Executive Director Robert Gilligan in a press release issued upon final passage of SB 957.

To qualify for a TVDL, an undocumented immigrant must prove they are ineligible for a Social Security Number, and have lived in Illinois for at least one year. Documents that will be accepted include a valid passport or consular identification card, and a copy of a lease or utility bills.

Immigrants who want to apply for a TVDL must first make an appointment at one of eight designated facilities across the state. A TVDL will not be issued that same day — the state will need time to verify application materials and perform a facial recognition search against other databases.